Is Jenny Craig the best diet for you?

Diet foods may be picked up at Jenny Craig locations or be delivered to your door.ike all diet plans, Jenny Craig is better for some people than others. 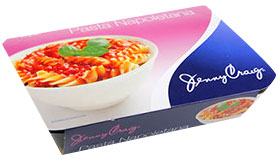 For dieters who prefer having a meal delivery service and one-on-one consultations, Jenny Craig may be the right choice.

But for dieters who are trying to lose weight on a budget, they’ll soon discover that Jenny Craig can be expensive.

Let's examine Jenny Craig in detail to see if it's the right meal delivery plan for you.

What are the pros of Jenny Craig?

What are the cons of Jenny Craig?

How much does Jenny Craig cost?

The biggest knock on Jenny Craig is the price of the food, which adds up fast!

Jenny is an effective way to lose weight, if you're willing to pay about $6-$8 each for each frozen meal.

In fact, the average Jenny Craig dieter will spend between $25-$40 per day, plus grocery store items.

This means to follow the Jenny Craig program long enough for it to be successful, dieters will be spending about $700 a month on diet foods.

How Much Weight Will I Lose on Jenny Craig?

Jenny's customers lose an average of between one and two pounds each week. You may lose a bit more in the first week, but this is just a one-time water weight drop. 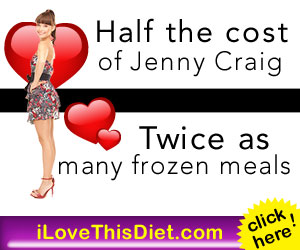 What will I be eating on Jenny Craig?

Dieters dine mostly on Jenny Craig pre-packaged cuisine, which can be delivered or picked up at a Jenny Craig location.

Foods such as Pepperoni Pizza, Egg Omelette, and even Chocolate Chip Cookies are available on Jenny Craig.

This isn't surprising as until recently Jenny Craig and Lean Cuisine were owned by the same parent company (Nestle).

The DNA Decoder Plan identifies the dieter’s metabolism, sleep, and weight loss patterns in order to customize the program and maximize the dieter’s success.

What is Jenny Craig’s fine print?

Signing up for Jenny Craig can get confusing! Because their programs change so often, they will offer different promotions throughout the year.

For this year, Jenny Craig is offering a 60-day trial membership and a free DNA kit. But you must buy a month’s worth of food first!

What about Free Delivery?

Unfortunately, only Jenny Craig dieters who have signed up for auto-delivery AND have ordered a full menu bundle will be able to get free delivery.

First time orders cannot by returned, either. So be sure you really know whether Jenny Craig is right for you before signing up.

If you ever wish to contact Jenny Craig or cancel your orders, call them directly at 1-800-JENNY-CARE.

Does Jenny Craig work? The Evidence.

Dieters loyal to Jenny’s guidelines can expect to lose between 1 to 2 pounds per week. According to the most recent U.S. News & World report ranking, Jenny Craig was deemed 3rd in their "Best Weight-Loss Diet" category (tying with the Biggest Loser Diet and the Raw Food Diet).

According to the 2019 U.S. News & World report ranking of the “41 Best Diets Overall”, Jenny Craig snagged 11th place (tying with the Fertility Diet).

A 2017 study that Jenny Craig references in their program focused on their "Rapid Results" 4-week program. This diet consisted of Jenny Craig foods and structuring the dieter's meal times parallel to their circadian rhythms. "... The menus placed higher calorie food items in the beginning of the day, and lower calorie items near the end of the day." As it turns out, the Rapid Results system that uses the dieter's circadian rhythm helped the dieters lose 37.8% more weight than the control group!

In April 2015, an independent study published in Annals of Internal Medicine reported that Jenny Craig dieters experienced a 5% greater weight loss compared to personal dieting methods. Their conclusion specifically noted that they could consider referring overweight or obese patients to diets such as Jenny Craig or Weight Watchers, as they were effective. Their focus also included whether long-term weight loss was possible.

In May 2011, Consumer Reports rated Jenny Craig the best of the six diet plans in their two year, 332 person study, published by the Journal of the American Medical Association. The study, which examined six commercial diets--Atkins, Ornish, Slim Fast, Weight Watchers, the Zone Diet and Jenny Craig showed the Jenny Craig dieters in the study had the highest success rate in sticking with the diet plan, and weighed 8% less than when they had begun dieting two years earlier.

It’s important to note, however, that Jenny Craig dieters in the Consumer Reports study were not required to incur the approximately $700 per month Jenny Craig meal cost, so this naturally skewed the results in Jenny Craig's favor. After all, getting free food is a great incentive for staying on the program, but it's an incentive that the rest of us won't be getting if we try Jenny Craig!

Jenny Craig is a good program for dieters that want support. One of the company’s most notable features is its offering of diet counseling.

To really reap long-term results, members should take advantage of the counseling support the program offers as they begin to wean themselves off of Jenny Cuisine and start to plan their own menus and home-cooked meals.

Although there are plenty of Jenny devotees that adore their counselor, prospective clients should know that Jenny Craig counselors are not dietitians.

Jenny Craig counselors are chosen for their sales skills, as their income depends on how many products and upgraded memberships they can sway clients into purchasing.

Some Jenny clients have also complained that their counseling sessions are irritatingly short. Dieters that have struggled with lifelong weight issues may need more than the brief weekly (7-15 minutes on average) check-ins to stick with their diet long term.

Other complaints from some past Jenny customers were about gaining the weight back after they left the program.

While eating the smaller portions that Jenny offers will help many customers get used to eating less over time, even after stopping the program (hopefully after reaching their goal weight), other customers were unable to maintain their weight loss on their own and had to either go back on the plan (and thus continue paying the fees and for the pricey foods) or opt for searching for another weight loss plan that is either cheaper, or for them, has better long-term results.

Another Jenny Craig disadvantage? Dining exclusively on pre-packaged meals can be difficult.

If you’re a social butterfly or just love dining out, eating nothing but Jenny Cuisine can feel like a prison sentence. Some dieters have also complained about the quality of the food decreasing over time.

The food offers a decent variety, with around 100 choices in total, and the nutritional approach is sound. The taste isn’t bad either, if you don’t mind pre-packaged foods.

Another plus is that there are no points, carb counting, or banned foods on Jenny.

But the high cost of the food should be considered before committing to the diet. Remember to keep in mind that you will also have to pay your supermarket for the required fruit, veggies, and dairy.

There can be hidden fees that rack up over time such as shipping and membership charges.

The dieting consultations are a helpful component for some, and Jenny’s additional online resources give the program a reasonable shot at working for many people.

Most clients say Jenny meals are similar in taste to Lean Cuisine and Healthy Choice frozen entrées, so you might want to pick up a couple diet frozen dinners at the grocery store to test-drive the yummy factor before paying for weeks of Jenny food in advance.

At a glance: Is Jenny Craig right for you?