Hi, my name is Heidi and today I am signing up for Nutrisystem. 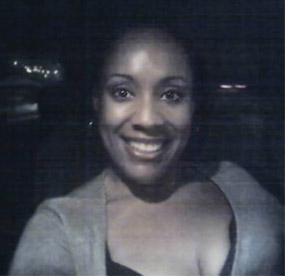 Nutrisystem worked for Marie Osmond, so maybe it will work for me. Okay, not the world's greatest piece of logic, but I admit that it did cross my mind. After all, if the food tastes really bad, how would these celebrities be able to stay on it? Even D-List divas eat at swanky restaurants, so they probably have pretty high standards when it comes to food, right?

There are a lot of plans listed, and it's somewhat confusing, but I found that most of them are pretty much the same on the surface.  You can build your own menu from a list of entrée choices or you can choose “Member Favorites.”

Nutrisystem claims that when you select "Member Favorites" as your menu choice that they will send you a pre-set combo of the most re-ordered foods.  I’m pretty sure they sneak some inventory overages into the shipments for those naïve enough to choose this option. Type A over here chose to pick her own list, thank you very much.

I chose the more expensive Nutrisystem plan which replaces 28 of the usual Nutrisystem meals (the kind that are sealed in unrefrigerated plastic pouches) each month, with premium frozen meals which look like Jenny Craig or Lean Cuisine. This means that every day you can have one of the frozen meals, or you can bunch them up and eat all the frozen meals first, or last if you'd prefer. I don't know why you'd want to bunch them up, but it's up to you to decide when you want to eat which meal.

Nutrisystem’s online ordering system is comprehensive, but if you have questions you can't find the answers to, there is a phone number to call listed on the site.

How easy is the ordering process?

The advertised pitch was basically “It’s so easy, just buy the food and eat it.” Unfortunately, it wasn't quite that simple since I had some questions that weren't easily answered on the website without a lot of browsing around. Some of the details aren’t truly fleshed out in the non-member sections of the site.  Once I ordered and was allowed into the member side, the plan became a bit clearer.  I still have a few questions but will follow up with the community members to crack the code and learn the mystic secrets of this plan.

So the 1st delivery is the basic food, which is about 80% of the total food. It arrived about 3 days after I placed the order.  It comes in a huge box and when I first started to unpack it, I was really excited.  I see muffins and scones and chips!!  Suddenly I see how Marie Osmond could shill for Nutrisystem without risking eternal damnation:  The snacks look pretty good!  But then...

Then I start pulling out pop-top cans of pasta and freeze-dried containers reminiscent of Cup-O-Soup. This was followed by...

There are boxes with delectable pictures of food on the front but they don’t seem to need refrigeration.  This confuses me since the food looks like it should be perishable.

The second shipment arrived with my frozen food about five days later.  It was packed in dry ice inside a huge styrofoam container but my frozen desserts were just starting to thaw a bit (though still cold).

I must admit that the desserts intrigued me the most. I was tempted to tear open a few of the packages to try them, out of both hunger and curiosity. Thankfully, I did manage to restrain myself.

Actually, all the frozen food looked really good.  I wish I had been able to choose my frozen meals, though, but that wasn't an option.  There are a few items I would not have picked but whatever, at some point I will be hungry enough to eat all of it.

Now that all the food has arrived I’m a little more excited.  I know I will be able to do this.  I want to look in the mirror and see 145 lbs of woman looking back at me.  What does it look like? What does it feel like?  Even if every day of the next year is torture it will be worth it because I’ll have the hot bod to match my attitude.  But I've vowed not to think about a year of suffering, or even six months of sacrifice. All I'm going to focus on is staying on Nutrisystem for 28 days.

Return to the Nutrisystem Review