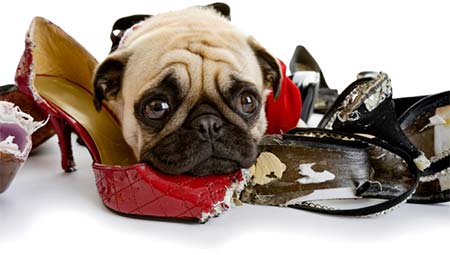 What is emotional eating?

Emotional eating is eating for reasons other than hunger. Also known as stress eating, boredom eating, and binge eating, a person affected by the condition eats to feed a (typically negative) feeling.

What’s the difference between emotional eating and binge eating?

Binge eaters often consume food rapidly and in quantities so large they experience nausea. The binge eater often describes feeling out of control during an episode, then experiences feelings of disgust and shame afterward.

How common is emotional eating?

Experts speculate that up to 75 percent of overeating is the direct result of emotions (vs. physical hunger). For women in particular, depression and emotional eating often go hand-in-hand.

What are the signs of emotional eating?

You may be an emotional eater if:
●Your hunger comes on suddenly.
●You crave specific (unhealthy foods) during times of stress or sadness.
●Your hunger has an urgency to it.
●Your hunger can be easily traced to an upsetting event.
●You lose track of how much you’re eating in a sitting.
●When you feel full you continue to eat.
●Your desire to eat feels like it’s coming from the brain (a craving) rather than the stomach (hunger).
●Afterward you feel a sense of shame, regret, or guilt.

Are there different kinds of emotional eating?

Yes. Emotional eating can be socially influenced (feeling inadequate around others and eating to soothe yourself, eating to fit in, etc.) or it can be internally motivated, such as eating to distract from loneliness or to fill a void.

What’s the difference between emotional eating and binge eating?

Binge eaters often consume food rapidly and in quantities so large they experience nausea. The binge eater often describes feeling out of control during an episode, then experiences feelings of disgust and shame afterward.

Is all emotional eating bad?

Some individuals are able to occasionally soothe themselves with food and do so without developing a long-term habit. Emotional eating becomes an issue when it becomes a frequent behavior.

People who suffer from emotional eating tend to fall into a guilt and
bingeing cycle and have a hard time maintaining a healthy relationship with food. People with severe issues involving emotional eating often don’t even taste the food that they’re consuming, as emotional eating has nothing to do with physical hunger.

Is there a connection between emotional eating and stress?

Chronic psychological stress often leads to weight gain. Why?  When you're stressed your body produces the hormone cortisol, which brings on hunger and cravings, often for fatty or salty foods.

In addtion, when you're stressed, you are tempted to seek comfort in the pleasures of your favorite foods, especially those you came to love in your childhood, like chocolate.

What can I do to distract myself when an emotionally-driven urge to eat strikes?

Many emotional eaters are able to overcome the urge to overeat by distracting themselves with a favorite activity: listening to music, reading a book, calling a friend, taking a long bath, meditating, playing a video game, taking a walk, etc.  Some people resort to doing household chores such as vacuuming, which not only distracts them, but burns calories, and gets the house clean too!

If you can't seem to shake your emotional eating no matter how you try, then it may be time to see a therapist.  Hypnotherapy, and cognitive therapy tend to work more quickly than traditional analysis.

But therapy isn’t in my budget. Is there anything else I can do?

Self-hypnosis for weight loss cds may help you for a bargain price.  Results will vary by individual, but most people will get at least some relief from emotional eating if they listen to a good hypnosis audio program everyday (bed time is most common) for at least three weeks.

Self hypnosis audio programs are available in either CDs or downloadable mp3s.  They tend to last between 20 minutes and 40 minutes.

Another weapon against the urge to nosh is exercise. Moving your muscles is a powerful instant stress reliever. It can actually trick your body into thinking you’re escaping the cause of your stress. When you exercise, your blood circulation increases, whisking the cortisol to your kidneys and flushing it out of your system. One study showed that participants who walked for 18 minutes 3 times per week reduced their cortisol levels by
15 percent.

Are you sleeping enough?

The body identifies sleep deprivation as a major stressor.

A study conducted by the University of Chicago found that getting an average of 6 1/2 hours each night can raise cortisol levels, increase appetite, and result in increased body mass.

Other research studies show that a lack of sleep also increases levels of ghrelin, a hunger-fueling hormone. In one study, appetite increased by 23 percent in people who failed to get adequate sleep.

But a few nights of solid sleep can bring all this back into balance, and getting enough regularly helps keep it there.

Most doctors recommend that individuals shoot for 7 to 9 hours every night.